Red is the color of love, romance, passion, victory, as well as sin, guilt, blood and anger, just to name a few.

The scientific definition of red is “any of a number of similar colors evoked by light consisting predominantly of the longest wavelengths of light discernible by the human eye, in the wavelength range of roughly 630–740 nm." Several studies have indicated that red evokes the strongest reaction of all the colors, with reaction decreasing gradually with orange, yellow, and white. Because of this, red is used as a danger signal, such as on stop signs, to warn people of extreme heat or flammability, and even in sports. It is one of the most commonly used colors on national flags.

Today synthetic dyes provide a wide range of reds and pinks that are limited only by the dyer"s wish to experiment. Traditional sources of natural dyes that make red, however, often required a great amount of labor to grow, harvest, processing to extract the dye compound, and then to actually dye the fabric. The processes used for extracting the pigments and dyeing the fabrics were highly prized information and often were considered state secrets as the trade of dyestuffs and fabrics often made up a large portion of the economy of many trade cities, even countries. In Medieval and Renaissance Europe, to be able to wear certain shades of red spoke volumes about one's social and economic class. This was not only because of cost but also due to sumptuary laws that dictated who was allowed to wear them. 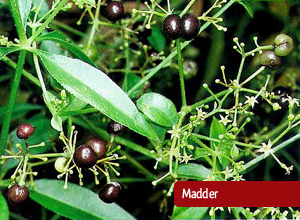 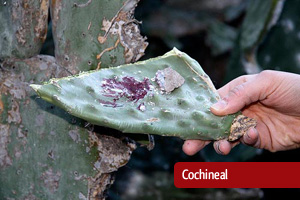 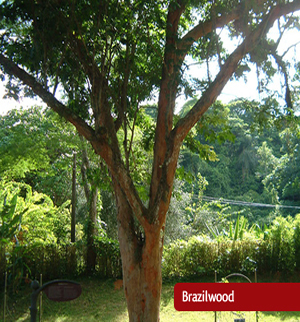 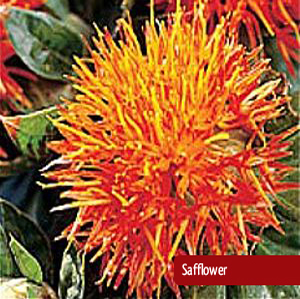 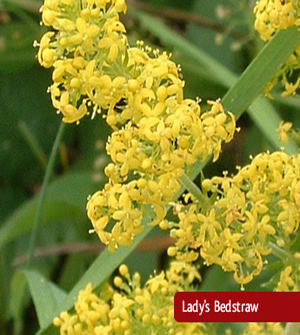 These are some of the traditional sources of natural red dyestuffs:

Madder (Rubia tinctorum) comes from the root of plant and contains two dyes; Alizarin (red) and Purpurin (yellow). The dyestuffs yield bright reds, oranges and yellows depending on how they are processed. Madder is one of the oldest red dyes to have been used, samples of fabrics from Tutankhman's tomb have been dated to 1350 BC. However, it was never quite considered “red enough"due to the yellow purpurin that made the color lean toward orange, and the quest was always on to find a more perfect red.

Cochineal (Dactylopius) scale insects, specifically the females, are a source of the dye Carmine or carminic acid which produces the most vivid reds and purples of all the natural sources. These minute bugs are native to South America and propagate on a certain type of cacti. They must be collected by hand and the large number needed to yield enough dye historically made them extremely valuable, even more so than gold. Cochineal was considered the Perfect Red when “discovered" by the Spaniards, who tried and succeeded for decades to have a monopoly on world trade of fabrics dyed with it. The dye itself was a state secret. Income from it accounted for so much of their budget that they imposed penalties of death for anyone who sold it, stole it or told of it. Cochineal was one of the big reasons for conquering and taking over South America, and subjugating the natives to slave labor to grow and harvest it. Tens of thousands of acres were turned to cactus/cochineal farms.

Eventually, other countries succeeded in either stealing the dye by piracy on the high seas as it made it"s way to Europe, or sneaking to South America and actually stealing the insects and trying to grow them elsewhere, including stealing the cacti and trying to grow it elsewhere. The climate had to be just right, so it did not often work out, but accounted for the proliferation of non-native cacti around the world. The often bloody “red war" went on until synthetic reds made the color common and cheap, and then, there was no point. Far less common now, a few indigenous populations in South America still grow it and sell it to be self-sufficient.

Brazilwood (Caesalpinia echinata & sappan) produces the dye compound Brazilin, which makes vivid orange reds and pinks. The Brazilwood tree is native to Brazil and is prized as an exotic hardwood used in fine woodwork. The country Brazil is named so because when the Spanish “discovered" it there were large brazilwood forests.

Safflower (Carthamus tinctorius) is a very common ornamental plant that is easy to grow. The plants flowers are the part used and they yield a natural Direct Dye called Carthamin or, when it is used in food, as Natural Red 26. Because it is a direct dye there is no mordant such as alum used, the fabric is simply soaked in an extract made from the flowers with a bit of vinegar, making it a good natural dyeing project for kids with the added fun you maybe able to collect it from your front yard.

Lady's Bedstraw (Galium verum) is native to Scotland and is one of the main sources of red dyes once used there. The roots of Lady's Bedstraw contain the same Alizarin dye compound found in Madder, just in lower concentrations so its use did not spread beyond its native land.

Now these traditional dyestuff are used mainly by home dyers or small natural dye operations due to the amount of work it takes to dye even small batches of fiber and garments. However, with a growing interest in organic and natural materials more people are becoming interested in natural dyeing again because the dyestuffs are renewable and don't use petroleum products.

So what is your favorite shade of red? Bright Fire Engine Red? Scandalous Scarlet? Blush Pink? Whatever your favorite shade is you can be sure to find what you need to dye that perfect hue in our wide selection of dyes, maybe you need a tie-dye heart shirt or a little red dress of your own for that special Valentines day date, no matter what it is you can be sure it will be a color that has never gone out of style!

Everything you could possibly want to know about the color Red in textiles found in:
“A Perfect Red" by Amy Butler Greenfield