Cochineal - Did You Know...

...Cochineal used to be more valuable than gold? 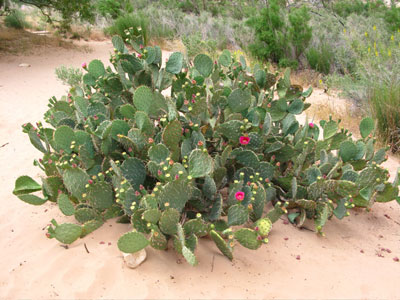 I've been told that the most valuable commodity that was taken from the "new world" by the Spanish after its discovery was neither gold nor silver, but rather Cochineal.

True or not, the discovery of Cochineal and its dyeing properties changed Europe from drab to colorful.

Cochineal is a tiny insect that lives on Cactus plants. It produces carminic acid as a defense against predators and it is this acid, when extracted from the insect, that makes the dye. It takes about 75,000 insects to make a pound of dye. Depending on the mordant used with it, it can produce vibrant red, scarlet, orange, and purple.

The cochineal dye was used by the Aztec and Mayan peoples of Central and North America. As an example of its high value, eleven cities conquered by Montezuma in the 15th century paid a yearly tribute of 2000 decorated cotton blankets and 40 bags of cochineal dye each.

It was so valuable, it was quoted on the London and Amsterdam Commodity Exchanges until the introduction of synthetic dyes which entirely and abruptly replaced Cochineal as a commercial product.

The white spots on the cactus below are the Cochineal 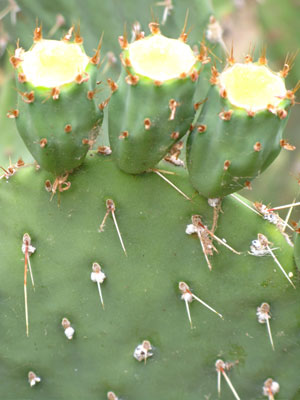